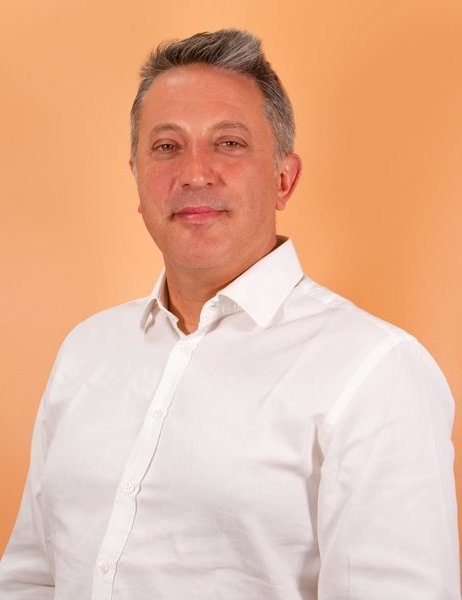 Davide has 20+ years of experience in strategy consulting at McKinsey & Company and in 3H Partners covering a wide range of industries ranging from Food and Beverage to Healthcare to Energy to Technology and Financial Services.

He is the author of numerous articles, policy papers, book chapters, and case studies and regularly presents at international research conferences. His book “How to think Strategically. Your roadmap to Innovation and results” (co-authored with J. Couturier), published by the Financial Times, was nominated for the prestigious Management book of the Year award by the CMI and British Library. 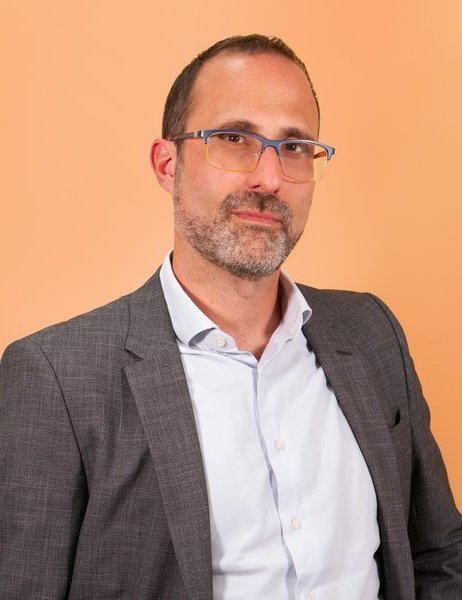 Giovanni is our co-founder and co-CEO, leading the Product Development and R&D teams. Giovanni is Italian and holds a PhD in management from UCL and an MSc in engineering.

He is Associate Professor at ESCP Business School and visits a variety of other leading Business Schools, such as ESA, Cotrugli etc. Giovanni is Director of the Executive Master in Manufacturing Automation and Digital Transformation, in partnership with COMAU Academy.

Giovanni has 15+ years of experience in Strategy and Management consulting across various industries and serving Global brands such as Pfizer, Zoetis, Ferrari, Lloyds Register, and High-Value Manufacturing Catapult, many others. He is the author of several peer-reviewed articles and book chapters.

Giovanni lives in London with his wife Chiara and his two daughters, Mia and Adele. 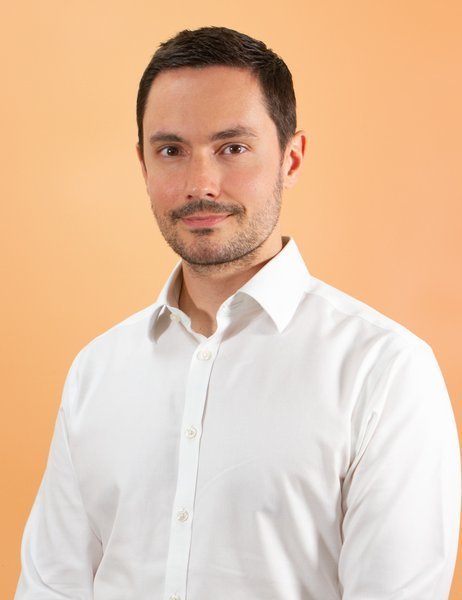 Nicholas is head of the Professional Services division of 3HORIZONS, as well as being in charge of the company’s office in Nicosia, Cyprus. He is of Cypriot and British descent and grew up in Nicosia.

After serving two years in the Cyprus military, he pursued his Bachelor’s degree in Environmental Science from Nottingham University, followed by a Master’s in Management from ESCP Europe.

He achieved first-class honours in both his degrees. Following his studies, Nicholas joined 3HORIZONS in 2014 as an intern in London and has risen quickly to senior management ranks. He has led multiple engagements with numerous clients across the world in a wide range of industries, including pharma, telecoms, food & bev, energy, manufacturing, defence and financial services.

Apart from his role in 3HORIZONS, Nicholas is regularly involved in academia, lecturing in strategy at ESCP Europe as well as at both the Swiss and Ascencia Business School, where he is an Associate Professor. Having spent seven years in London, he now splits his time between the UK and Cyprus.

He lives in Nicosia with his wife Emelina and his daughter Ariana. In his free time, he loves watching the Premier League and training for an IronMan. 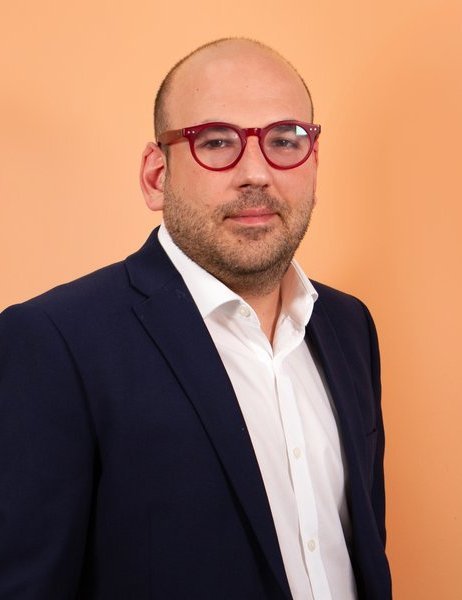 Since 2015, Filoklis has successfully managed Strategy & Innovation projects for leading companies in a wide range of sectors, such as Energy, Engineering, Financial Services and Pharma.

Kristian is one of our Strategy and Innovation Advisors here at 3HORIZONS. He came from Bulgaria and received his master’s degree in Mechanical Engineering from the University of Bath.

In the past years, he has led strategy with cutting-edge R&D and innovation services providers and been involved in several others across the manufacturing, pharmaceuticals and financial services industries.

Today, Kristian spends most of his time in our product discovery and development unit, working with our software team to continuously improve our digital solutions. 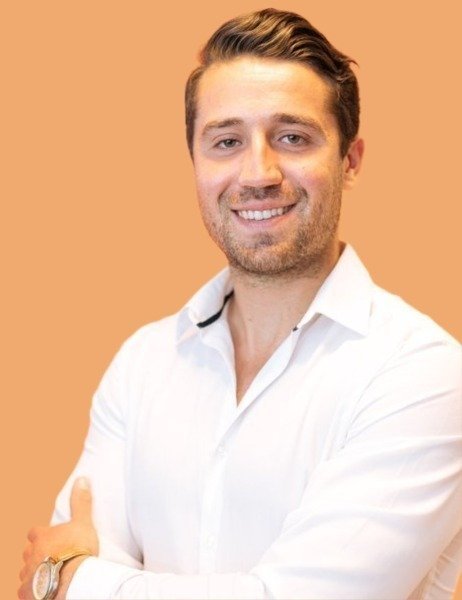 Ben is a Project Leader and a member of the management team at 3HORIZONS; actively involved in both the day-to-day support and achievement of our clients goals, as well as the direction and growth of our own organisation.

Ben has a background in elite level sport, being a former professional tennis player and U.S. Collegiate athlete. His 20 year tennis career ranged from the being the highest ranked junior player in the United Kingdom and one of the top ranked teenagers globally competing on the ITF Junior Tour, to Grand Slam involvement at Junior Wimbledon and an eventual scholarship and multiple national successes at NCAA Division One institution, Middle Tennessee State University. It was during this tenure in the US that Ben earned a First Class Honours degree in Business & Marketing; being selected to the Conference USA All-Academic Team.

Although serious injury curtailed further sporting ambitions, the self-driven aspect of a professional tennis career juxtaposed with the teamwork philosophy of college athletics enabled Ben to utilise transferable skills to shift into the world of strategy consulting. Ben has more than 7+ years of experience in strategy, starting at an innovative sports tech startup – where he was partnered with Andy Murray and his commercial team at 77 Sports – before developing in strategy consulting specifically for more than 5+ years at 3HORIZONS. Ben has worked across the breadth of the strategy spectrum, also developing specialist skills in the areas of growth and innovation; with which he has worked with blue-chip clients in industries including Telecoms, Technology, Sport, Safe Storage and more. Most recently, Ben has utilised these skills as a Visiting Lecturer at prestigious European Business School ESCP, teaching a Master’s Course in Growth and Innovation Strategy.

Ben is a London native, where he still retains a strong involvement in British and global tennis – as well as shifting his focus to the golf course and supporting his partner’s DJ career. 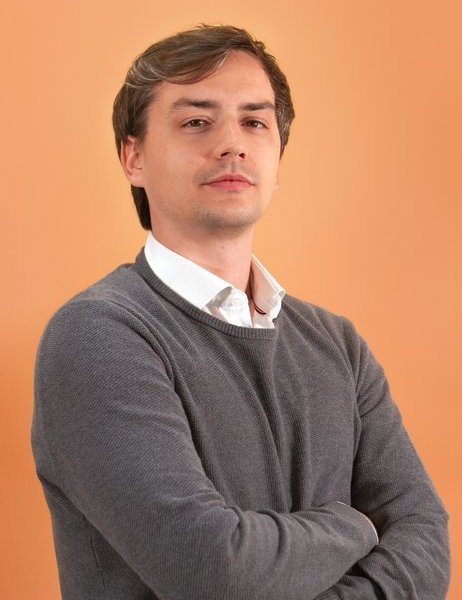 Luca is Project Leader at 3HORIZONS, coordinating the consulting team for the duration of an engagement with a client. He was born in Padua, Italy, where he studied economics and obtained his bachelor’s degree …

… before moving to Paris, where he earned a master’s in management from ESSEC Business School.

Since joining 3H in 2019, Luca has developed multiple strategic plans for multinational corporates in the Aerospace & Defense, Publishing and Physical Security sectors and delivered several classes as a guest lecturer at ESCP Business School.

Executives engaged across more than 30 countries.

SMEs served across EMEA and the USA.

Worth of client opportunities discovered via strategic initiatives.

The first platform proven to increase the success rate of your business strategy.
Book a Free Demo